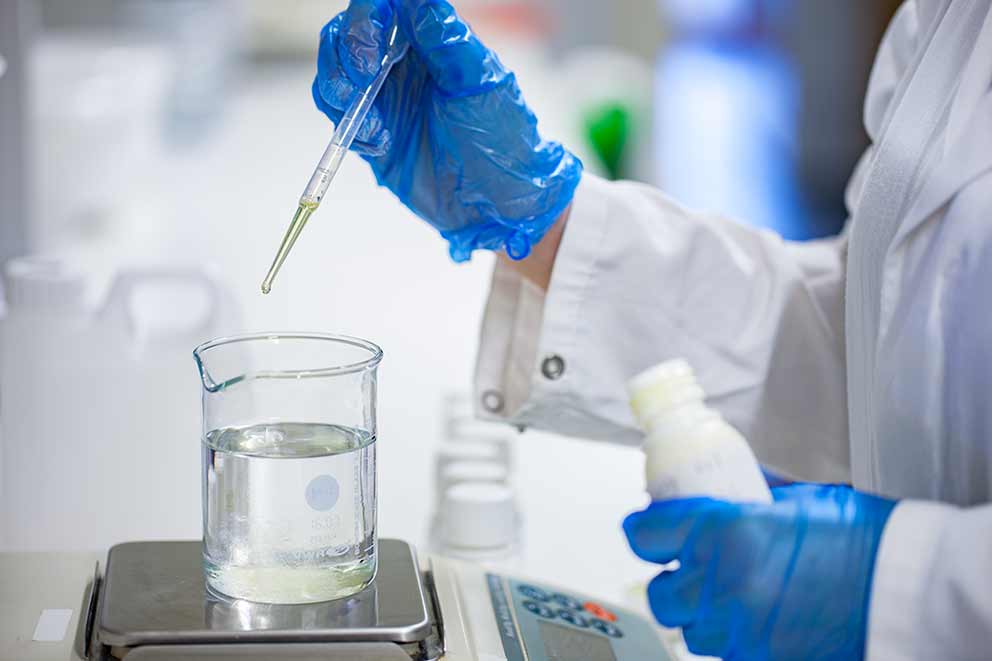 If you are just getting into vaping, you may be wondering about the difference between  PG and VG and how they affect your vaping experience as far and flavor and vapor production. Negative attention in the media about what is in e-juice has a lot of people concerned but let me put your fears to rest, most of it is hype and nonsense.

The goal is to aim for a balance of the two for smooth flavor and good vapor. This balance will be different for everyone based on the type of atomizer you use and how you like to vape.

PG, or propylene glycol, is a thin liquid used in a variety of products from food to cosmetics. It is used in a number of injected and inhaled medications and is registered as a substance approved by the FDA as being safe for use. Because it is a thin liquid, it is a better flavor carrier in most cases. It is also responsible for the “throat hit” in most pre-mixed e-liquids. The “throat hit” ( or that little thump to the back of your throat that makes you cough sometimes) is what some vapers look for in their vape juice mix.

What Else is PG Used In?

A few items on store shelves that have propylene glycol are cake mixes, frostings, food coloring, toothpaste, drink mixes, bakery goods, soft drinks, dried soups, and dressing mixes. This negates the notion that PG contains antifreeze because it would not be able to be used in these food products.

Flavorings and nicotine base come in either 100%PG or 100%VG, meaning your mix will use either more PG (for flavor) or more VG (for cloud production). It will also depend on the type of atomizer you are using. Vape tanks and clearomizers use e-liquids higher in PG because it’s thin and is easy to draw up into the atomizer and wicks.

VG, or vegetable glycerine, is also a food-grade material used in medicines, food preparations and skin care products due to its ability to retain moisture. VG is a thicker liquid that is slightly sweet and is often used in place of sweeteners in dietary meal preparations. E-liquids high in VG are used mostly in bottom-feeding vape tanks and RDAs due to its thickness.

Other Uses for VG

VG is used in ice cream, yogurt,  milk, soybeans, seafood, as a thickener in breakfast cereals and puddings, pre-cooked pasta and rolled oats. Besides food, VG is also used as a skin moisturizer, a soap base, and ointments and creams for diaper rash and skin irritations.

For people who are sensitive to PG, you can use a higher ratio of VG thinned with filtered water or pure grain alcohol (vodka, etc). You may also be able to buy Aqueous Vegetable Glycerine (AVG) which is VG thinned by 10% filtered water already pre-mixed. PG sensitivity affects 1 in 10 people and may appear as a scratchy, dry, or sore throat after using e-liquids with more PG. It may also cause a skin irritation in some but not all people with sensitivities.

Why Are There Different Ratios in E-liquid?

The main reason for the difference in ratios is partly for people with PG sensitivities, and the other part has to do with individual vaping preferences. Some vapers like a thinner liquid for their tanks and aren’t sensitive to PG.

How Do PG and VG Affect Flavor and Vapor Production?

In terms of performance in vaping, PG produces better flavor because it is thinner. VG, on the other hand, produces more vapor. It sometimes mutes or dulls the flavor of mild-flavored e-liquids. Max VG blends require a stronger flavor profile if you want a good flavor to your juice due to the thickness of the liquid.

What Ratio Would I Need For Cloud Chasing?

Most cloud chasers use Max VG for the vapor production. It is also best for anyone who uses an RDA because the coils heat up quicker in sub-ohm builds and thinner liquids would set you off in a lung-busting coughing fit (especially nicotine over 6mg). It is not advisable to try using higher nicotine containing e-liquids with an RDA. High nicotine e-liquids are best used in vape tanks and clearomizers, and cartomizers for the “cig-a-like”  (cigarette-style) devices.

Finding the right balance of PG and VG is key to getting the right formulation that works best for you. If you’re not completely sure, then try out some different blends and see which ones you like. When choosing e-liquid ratios consider a range instead of a strict “number”.  Start out at 70PG/30VG and if you don’t like so much throat hit then move down the range to 60/40 and so on until you find the perfect blend.