The Logic Behind Vaping Without Nicotine in 2022 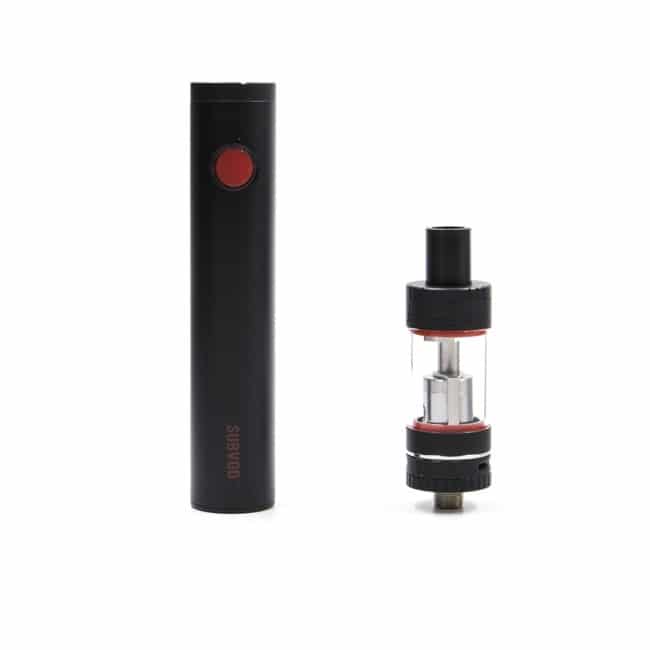 Some vapers are choosing to vape without nicotine, leading some to wonder why vapers would skip the nicotine when they vape. While this might seem absolutely bonkers to some people, it seems to make a lot of sense to others. Let’s explore why this is.

Some former smokers have quit smoking with the help of vaping. That much is a given. Of those that have switched to vaping, there are those whose aim has always been to give up nicotine entirely. In order to do this, some vapers start out using e-liquid with nicotine and then decrease the amount of nicotine in their e-liquid over time. As many e-juice companies offer their products with different nicotine levels, vapers can relatively easily start out high and work their way down by buying e-liquid with less and less nicotine. Eventually, this leads some vapers to nicotine-free e-liquid that doesn’t contain any nicotine. Some of these vapers continue to vape even though they’re no longer vaping any nicotine. Their reasons for continuing to vape vary. As we can’t speak for all vapers who vape 0-nic liquids, we can’t explain why each and every single one opts to continue vaping at this point, but what we can say is that some vapers simply like to vape, which leads us to our next reason: some vapers just like to puff on vapor, but have no interest in nicotine.

While many vapers are formerly smokers, there are those that are not. Among the vapers that never smoked before they vaped, there are many that choose to vape only nicotine-free liquids. Some vape for the taste, as there are many delicious flavors of e-liquids out there today for vapers to enjoy. Some compete in competitions in which vapers try to blow the largest clouds of vapor, competing with one another in competitions known as “cloud chasing” or “cloud chaser” competitions.

For some vapers, there are laws that either prevent them from vaping nicotine or make it more difficult. An example of the latter is Australia, a country in which the law prevents people from buying e-liquid locally. Vapers in Australia can still buy e-liquid without nicotine in it at a local vape store but they can’t buy e-liquid with nicotine at a local vape store. However, while the law prohibits local access to e-juice with nicotine, it does allow for it to be imported from overseas, which is why it’s definitely still possible to vape nicotine e-liquid in Australia, only it’s a bit more of a hassle than it is in some of the other countries around the world.

Between the hobbyists, the former smokers who have weened themselves off nicotine by decreasing the nicotine level in their e-juice, and those who face restrictions that prevent them from vaping e-juice with nicotine, there are many people around the world today that are currently vaping nicotine-free e-juices and enjoying it for one reason or another. With all of the different flavors that vape juice comes in today, it shouldn’t come as too much of a surprise to find that there are plenty of vapers who enjoy vaping without any nicotine.

How To Decrease Nicotine Intake With Vaping

There are two techniques, which can actually be combined, that some vapers use to decrease the amount of nicotine that they’re getting when they vape. One technique is to simply vape less. For some vapers, this may prove difficult. The other technique is to use e-liquid that contains less nicotine. The latter technique is made possible by the fact that e-liquid is available in different nicotine strengths and DIY kits allow vapers who mix their own e-liquids to fully control the amount of nicotine that goes into their e-juice.

These two techniques, using e-liquids with less nicotine and vaping less, can be combined, which is what some vapers who are looking to decrease their nicotine consumption do.

Comparing vaping to smoking for a moment, it becomes readily apparent that one of these techniques is essentially unavailable. As cigarettes, for example, aren’t available in many different nicotine strengths like e-liquids, those who are still smoking instead of vaping don’t have the luxury of decreasing their intake by using cigarettes that have less nicotine. It’s basically a one-size-fits-all scenario for today’s smokers and there aren’t any cigarettes that are nicotine-free for that matter. With smoking, there’s really only one technique to use and that’s to smoke less.

Those unsure of what e-liquid is will benefit from reading this segment. E-liquid, in simple terms, is the liquid that is used in vaping. It’s what it’s in an e-cigarette and it is what does or does not contain nicotine.

E-liquid is made from vegetable glycerin or propylene glycol, which are known as VG and PG, flavor concentrate, and sometimes nicotine. With the nicotine, it’s either nicotine salt or nicotine liquid that’s used in e-liquid. With the flavor concentrate, what exactly is used can vary greatly. There are many flavors of e-liquids these days, including mints, menthols, desserts, drinks, candies, tobaccos, fruits, and just about anything else you can imagine. With so many different flavors of vape juice out there, it shouldn’t be surprising to find that the ingredients used to make vape juice can vary more than a little from one to the next.

The PG and VG, which are often used in combination with one another, are somewhat the base of the e-liquid. The ratio of these two ingredients determines the volume of vapor produced, the smoothness, the harshness, and to some degree the sweetness, although flavoring can have a bigger impact on how sweet the juice is.

By combining these different ingredients, some vapers create their own e-liquids. While this isn’t necessarily difficult to do, there is a big difference between e-liquids that are created inside of cleanrooms and those created inside of people’s homes. So while it’s not hard to do, it might not be ideal for those who care more for proper quality control and sanitary e-liquids than they do for custom e-liquids.