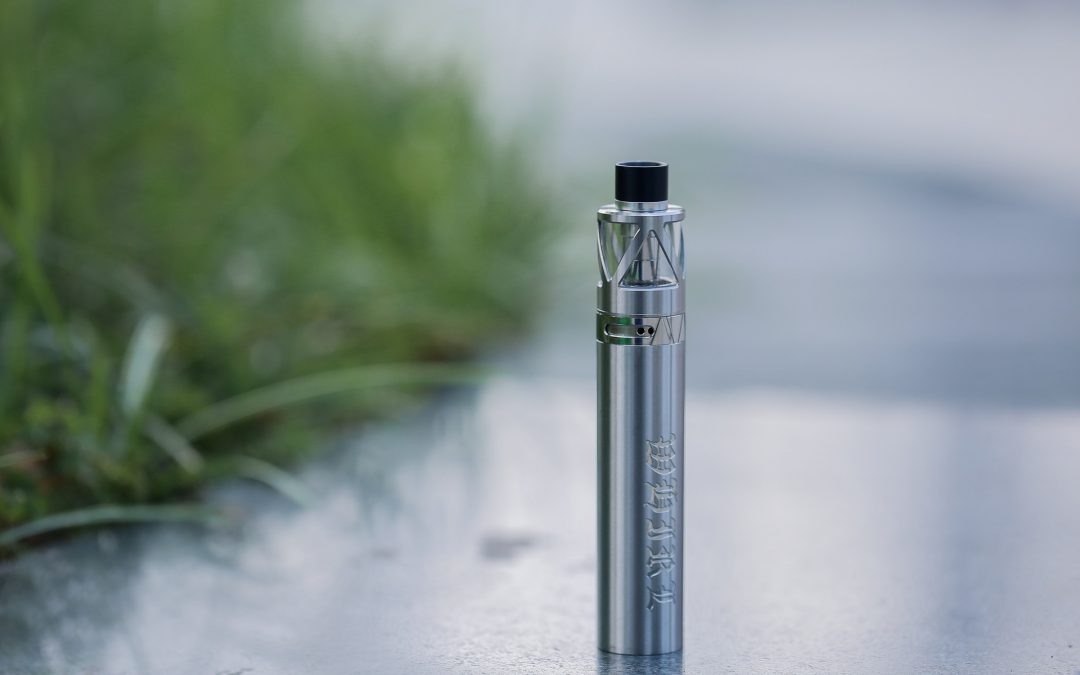 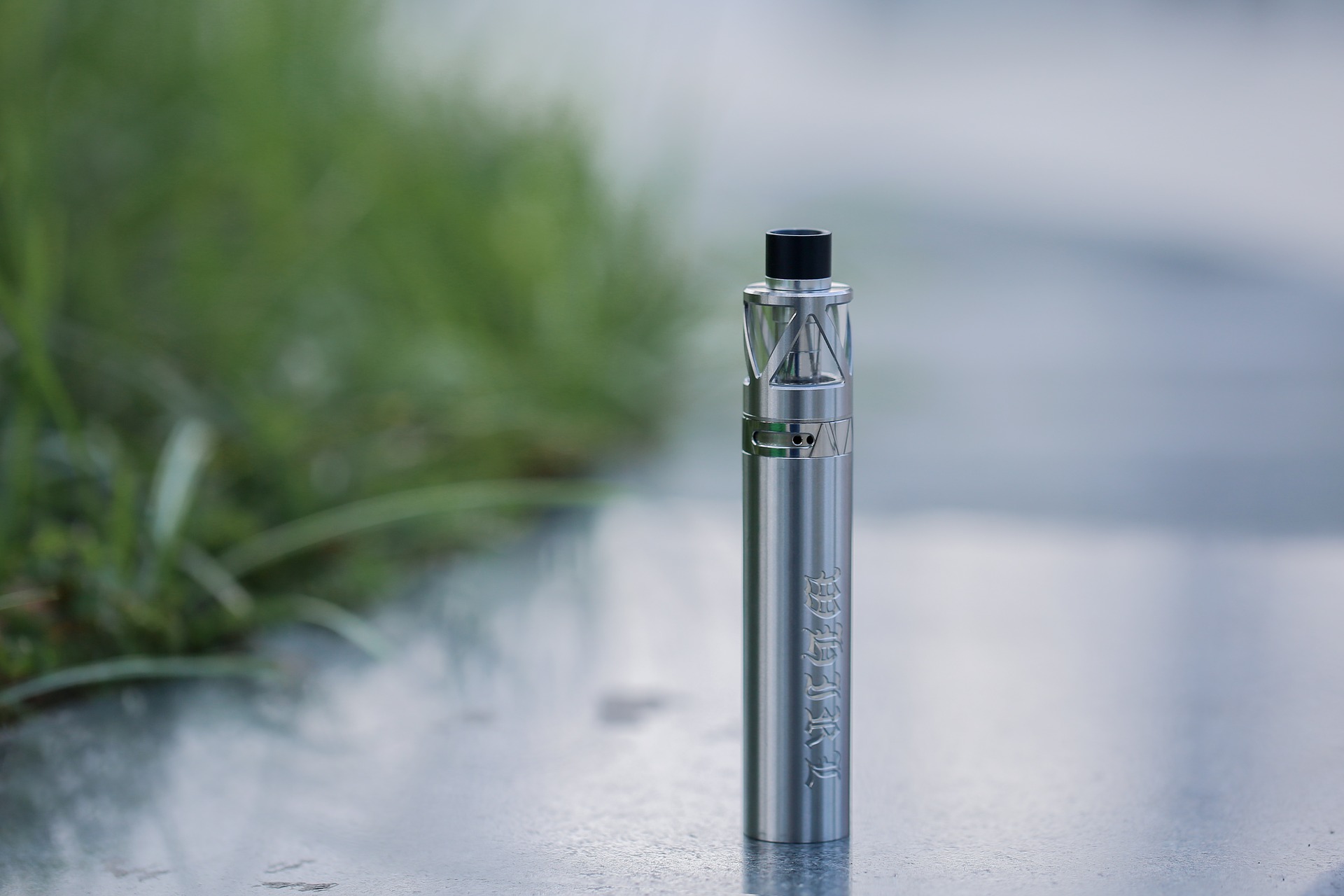 Since the emergence of e-cigarettes in 2003, many people have taken up vaping to stop smoking cigarettes. And for good reason, cigarette-smoking is responsible for nearly 480,000 deaths per year in the US alone. While the benefits of quitting cigarettes are monumental, finding alternatives to smoking that will help people get off cigarettes for good is not so easy. Here are a few reasons why vaping is the best alternative to smoking.

Vaping as an Alternative to Smoking

The immediate benefits of vaping vs. smoking are clear to anyone who has made the switch to e-cigarettes. Cigarette revenue increases every year and costs continue to go up. Cost is a very big factor and it is included in 3 of the benefits listed below.

A Population Assessment of Tobacco and Health (PATH) study published in Preventative Medicine in 2017, concludes that electronic cigarettes are less addictive than tobacco cigarettes. The group studied was comprised of 3,500 participants, 5% of whom were vapers and 95% were cigarette users (no dual use). The study showed that the participants who vaped tend to start vaping later in the day and can go longer periods between vapes when compared to the habits of the participants that smoked.

If you have never heard the term before or maybe don’t quite understand what all “vaping” entails, here is a short description. Vaping is the act of inhaling vapor through an electronic device and exhaling in a similar fashion to smoking a traditional cigarette.

The vaping device used may or may not look like a cigarette, but the effects are similar. Vaping is designed to satisfy a smoker’s craving for nicotine, blowing out smoke, and the familiar hand-to-mouth habit associated with smoking. Believe it or not, these are three things make it hard for people to stay away from cigarettes once they quit.

Vaping exactly mimics these three things so many smokers-turned-vapers stay off cigarettes and are successful at quitting. Not all do, but a large portion of those who switch to vaping never go back to cigarettes.

The ingredients in e-liquid that combine to produce vapor have been compared to the smoke produced by cigarettes. The chemical composition of the two is completely different. Cigarette smoke contains nicotine from tobacco leaves as well as tar, cyanide, ammonia, benzene and more. It is estimated that 4,000 or more harmful chemicals are in cigarette smoke.

Vaping liquid, on the other hand, includes only 4 ingredients: nicotine, propylene glycol, vegetable glycerin, and flavoring.  Diacetyl was once used to simulate a buttery flavor in e-liquid recipes but was discontinued by some manufacturers after reports of a group of eight factory workers developed respiratory infections after being exposed to a large amount of the flavoring powder used to make the butter-flavoring for the popcorn made by the factory.

The amount used in e-liquid manufacturing is very small (drops) compared to the amount the factory workers were exposed to, but regardless, many companies have decided to make their e-liquids without flavoring chemicals like diacetyl.

Many vapers choose vaping without nicotine after successfully quitting cigarettes. Since many online retailers allow consumers to customize the nicotine content in the vape juice purchased, it is possible to slowly reduce the amount of nicotine until it is no longer needed. Nicotine free vaping is popular with long-term vapers and all vape shops carry zero nicotine e-liquids.

While nobody can make the claim that electronic cigarettes are 100% harmless, it has been agreed that they are at least 95% less harmful than cigarettes. The CDC, American Cancer Society, American Heart Association, and the Royal College of Physicians (UK) do not endorse vaping per se, but they all do agree it is less harmful due to fewer carcinogens being inhaled into the body through vaping vs.smoking cigarettes.

In February of 2018, Public Health England published a report that concluded that vaping is less harmful than smoking.

Professor John Newton, Director for Health Improvement at Public Health England, said: “Our new review reinforces the finding that vaping is a fraction of the risk of smoking, at least 95% less harmful, and of negligible risk to bystanders. Yet over half of smokers either falsely believe that vaping is as harmful as smoking or just don’t know.”

Smoking causes an increase in blood pressure, increases the risk of heart disease and stroke. A new study published in the British Medical Journal found that even light smokers who smoked less than a pack per day were at risk for cancer and heart disease.

Unfortunately, there have been no studies done yet to show the long-term effects of vaping 10 or 20 years from now. More long term studies are needed to provide data to the medical community and government agencies that vaping is a safe and an effective way to get smokers off cigarettes. It is nice to think that someday soon doctors may be writing prescriptions for e-liquid and vape pens as smoking cessation products.

Health Effects from Vaping vs. Smoking

We are all aware of the health issues related to smoking regular cigarettes. Cancer, heart disease, high blood pressure, and lung disease are just a few smoking-related conditions that cost thousands of dollars per year in doctor bills and hospital stays. Studies show that smoking causes cancer and the above-mentioned associated conditions, we know that for a fact, but there is no evidence of vaping causing any of the same conditions. Media headlines mention studies linking cancer and vaping as clickbait to get their content read, but in reality, there is no evidence to prove that vaping causes cancer or any respiratory problems.

One study that said that vaping produces formaldehyde as a by-product of e-liquid being vaporized. But what they did not explain was that the researchers tested the liquid and vaping equipment at much higher levels of heat than any normal person would vape at.

Metal components and liquids can combine to produce noxious fumes when heated to abnormally high temperatures. This is a normal occurrence in the everyday world, but vapers do not routinely vape at high temperatures so there is no possibility of that happening with normal use. Anything taken to the extreme can have unpredictable consequences. Too much chocolate causes diarrhea but it’s not bad for you.

Side Effects of Vaping

Some people report side effects associated with vaping, but these are small and inconsequential. These are normal occurrences that would fit under numerous conditions.

One thing to understand is that vaping can cause you to become dehydrated so increasing your fluid intake is recommended. This is not only related to vaping because any number of things can cause dehydration.

When you first begin vaping you may find yourself coughing for the first few days to a week. The body is attempting to adjust to inhaling vapor instead of smoke. The coughing is the lungs way of cleaning themselves of built-up tar and residue from smoking. Some people will quit vaping after a day or two because they developed a cough as a result and relate it to vaping.

This one is a little tricky because it does not refer to the physical condition of the tongue itself. It refers to the loss of the ability to differentiate between flavors. If you vape the same flavor day-in /day-out for months on end sometime your taste buds will take a hiatus. This is a temporary condition and resolves itself with time. The issue is actually with the taste buds and not with vaping.

The main reasons why vaping is a better alternative to smoking is that it costs much less than smoking cigarettes. It doesn’t put off an odor to offend other people, including family members with sensitive noses. And lastly, you’re reducing the number of chemicals going into your body daily.

Regulation to Keep Teens Off Tobacco

There are regulations in place to keep tobacco products and vapor products out of the hands of teens and youth in the US. It was revealed that a number of High school students vape sparking the FDA to consider banning flavored e-liquids. The figures are exaggerated of course and most teens admit to trying vaping after or instead of conventional cigarettes. Regulations include no sales to minors under 18, vape shops must check the ID of anyone under 27 years old, and online retailers need to age-verify all purchases.

The FDA worries that vaping will be a gateway to smoking but it seems more likely the other way around. Cigarettes taste nasty and more teens say they do it for the flavors and not for the nicotine as most are vaping “0” nicotine e-liquid. While banning flavors might discourage teens from vaping, it would also deter all the young adults of legal vaping age from being able to access flavored e-liquids either.

FDA Commissioner Scott Gottlieb says that their goal is to make sure that kids can’t access any of the fruity-flavored products in convenience stores. Adult vapers agree with age-restricting products and support keeping these products away from young people. Hopefully, the FDA and the vaping community can reach a compromise that would keep flavors available for adult consumers but in a way that does not appear to target kids with advertising, packaging, or by any other means.

Flavors was a big debate, but it is a valid point. Kids are not the only ones attracted to sweet flavors. Adults like cereal flavors, sweets, fruits, and dessert flavors. Flavors are one of the things that set vaping apart from traditional cigarettes. The ability to choose your own flavors, nicotine strength and delivery system is a big plus.

Many new vapers have said that after switching to vaping they were looking better, feeling better, and even breathing better after quitting cigarettes tobacco. While that is not clinical evidence of vaping being healthier, it is worth mentioning.