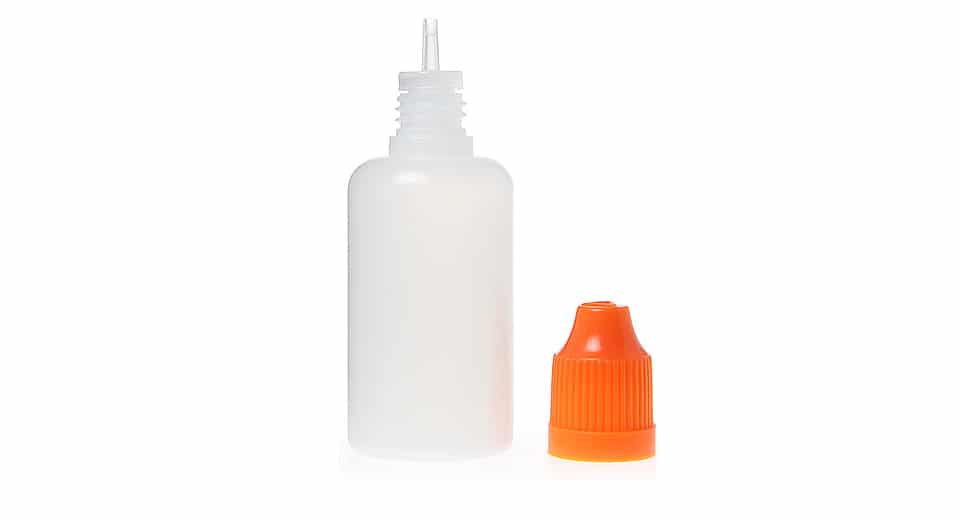 Are you new to vaping or are thinking about trying it, but are not sure where to start when it comes to e-liquid? Does all the talk about e-liquid ratios and nicotine content leave you confused and scratching your head? Well if so, here is some information about e-liquid that will clear up some of the confusion and give you a better understanding of what e-liquid is and how it helps you avoid tobacco cigarettes.

What it is E-Liquid?

E-liquid, or e-juice, is what you put in vape tanks that produces vapor and flavor. It is what fuels your e-cigarette or vape pen. When you take a draw on your vape pen you are drawing e-liquid into the atomizer where it is heated and vaporized (converted into water droplets).

Without e-liquid in your tank you cannot vape. Your coils would burn up and be useless. E-liquid in particular, is the only substance that can be used in a vaporizer made for e-liquid. There are other vaporizers made for dry herb, waxes, and concentrates.

What is E-liquid Made Of?

E-liquid, whether bought in a vape store or DIY, is comprised of a basic ratio of nicotine base, vegetable glycerin, propylene glycol, and flavoring. All of these ingredients, with the exception of the nicotine, are food-grade or consumable materials.

For example, vegetable glycerin is derived from vegetable oils like palm and coconut. Propylene glycol is a food additive and used in medicines and vitamins. These substances are generally regarded as safe for consumption by the FDA.

Some e-liquid manufacturers previously used Diacetyl, an additive which gives some e-liquids a creamy, buttery flavor. They discontinued its use when it was discovered to cause problems for factory workers with long-term exposure to it. This is where the “popcorn lung” myth comes from.

These individuals worked in a popcorn factory for 12 hours a day and were exposed to this chemical in large amounts over a long period of time. So when someone tells you vaping gives you popcorn lung, don’t believe them. It’s a misconception.

What Types of Flavors are Available?

Flavors of e-liquid range from sweet and fruity, to bold and tangy. Any flavor you could imagine is available as an e-liquid.

PG/VG and Ratios of eJuice

If you see PG/VG ratios when purchasing e-liquids online it means that you can customize the e-liquid formula to your individual preference. Some vapers have a sensitivity to PG and therefore avoid it or use a higher ratio of VG to lessen its effect.

Most often, an e-liquid formulation is set at 70%PG and 30%VG as a standard. For those who are sensitive to PG, lessening that ratio to 50% helps make it smoother. For those who use RDAs 30%PG and 70%VG or higher works well.

If this is somewhat confusing I’ll explain a little more in detail. PG is a thin, odorless, colorless liquid that is used as a flavor carrier. Flavorings made with 100% PG are bold. VG is thick and viscous and has a slightly sweet flavor to it. It is preferred by people sensitive to PG and those who need thicker liquids. VG, when used in e-liquid, somewhat mutes the flavors of some liquids. It is not a good flavor carrier but it does smooth out your e-liquid when the throat hit is too intense.

So, if you need your e-liquid to have a strong “throat hit” you’ll need a ratio of 70PG/30VG. If you like a little less throat hit or are PG sensitive you’ll need a 50PG/50VG. Vapers who use RDAs and RTAs you will want an e-liquid with a higher VG ratio like 20PG/80Vg or Max VG.

One question everyone ask is, “What nicotine level should I use?”. Nicotine formulas come in 0mg, 6mg, 12mg, 18mg, and 24mg. “0” is essentially nicotine-free and 24mg is the highest. Most new vapers, namely those just getting off cigarettes, need a higher nicotine content such as 18 – 24mg.

What Level of Nicotine Should a New Vaper Start With?

In the beginning, you will want to keep your nicotine high to fight those cigarette cravings. If your nicotine is too low, you’ll be tempted to go back to smoking. You’ll want to stay at a higher nicotine level for at least a few months until you no longer crave cigarettes. I would suggest to start off but two bottles of e-liquid. One in 24mg and one in 18mg. If 24mg is too strong, switch to 18mg and see if that works better.

*A tip for those who struggling with nicotine cravings but find 24mg too strong for all-day use, continue to use 18mg liquid but have a tank filled with 24mg for when those cravings hit and just take as many draws on as needed to stop the craving and then continue to vape the 18mg until the next one.

Will the Cravings for Cigarettes Go Away?

Yes, they will diminish over time. In the very beginning, it may be tough to resist breaking down and buying a pack, but if you stick it out it does get better. About 2 – 3 hours after you smoked your last cigarette your body will begin craving nicotine. That’s when you vape to your heart’s content. Those cravings will go away after 10-15 minutes of vaping.

If you resist smoking and keep vaping those cravings begin to disappear over the course of a few days. You will find it easier to not smoke and not even be tempted by other people smoking around you.

When Can You (or Should You) Lower Your Nicotine?

After you have been vaping for three months or longer, you can begin to lower your nicotine if you choose. You don’t have to, you can stay at your current level for as long as you like. If you want to go lower you should do it slowly. Lower it by just a few mg at a time and see how you like it. If you find it’s not working you can always go back up and try again at a later time.

If you currently use 24mg you can lower it to 18mg. If you use 18mg you can go to 12mg. I wouldn’t suggest going lower than 12mg for a while. If you go too low too soon you’ll end up wanting to smoke because you’re not getting enough nicotine and the temptation may be too hard to resist at that point.

If you are already at 12mg and would like to go lower or have decided to step up to an RDA or RTA, you will definitely need to go lower than 12mg. Most vapers who use RDAs use between 3-6mg max. This is because RDAs require a very thick liquid and due to the low resistance of the coil, anything above 6mg will be too harsh on your throat.

Check out the License to Vape beginner guide series sections for more information on vape gear, e-liquids and accessories. And keep on vaping.