Introduction to Vaping in 2022 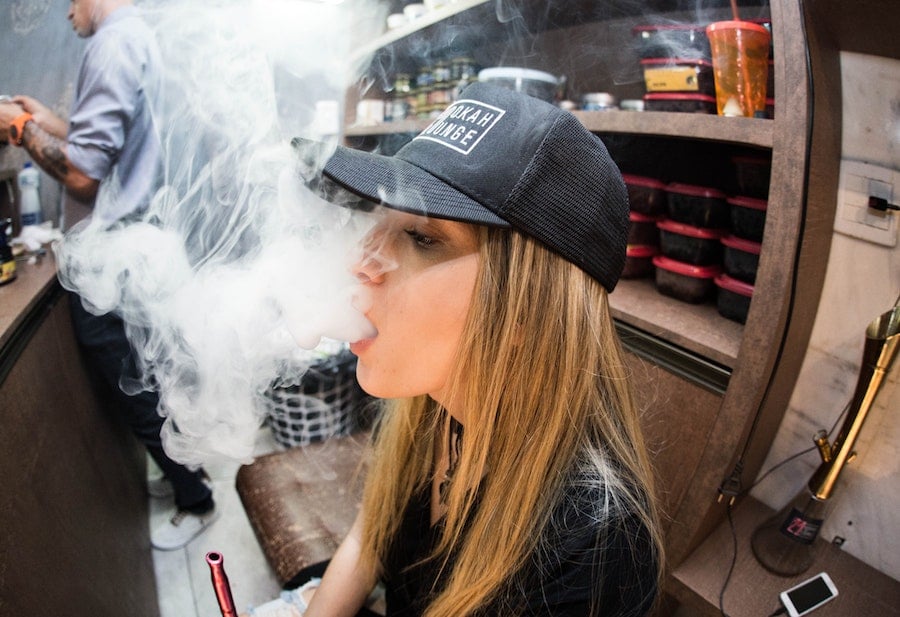 If you’re curious about vaping, then you probably have a lot of questions.

In this post, we will talk about some of the facts about vaping and go over some of the most common questions asked by new vapers.

That said, if you’ve found your way here, there is a good chance you’re either new to vaping (and looking for information on vape devices and tutorials), or you are someone who is looking to make the switch to vaping (from cigarettes) and want a little more information about it before making the decision to switch.

Everything You Need to Know About Vaping

The term “vaping” is referred to as the act of inhaling vapor from a vape pen or other vape devices. Functionally, vaping is similar to the way you would use or smoke a tobacco cigarette. But instead of smoke, a vape pen produces a vapor cloud.

What makes this a good alternative to traditional cigarettes is that, generally speaking, there is nicotine in e-liquid. So you, the smoker, is still getting the nicotine your body is accustom to, but without all the chemicals that are found in tobacco cigarettes. In short, you’re negating the harmful carcinogens that are inhaled every time you “light up”.

The equipment used for vaping is essentially a battery, an atomizer, and a coil head. The atomizer is filled with liquid that saturates the wicks in the coil head so that when you press the fire button it heats the liquid inside the coil and vaporizes it. And as mentioned, you inhale the vapor and conversely exhale a plume of vapor that looks very similar to a cloud of tobacco smoke. But that is where the similarities end.

The “smoke” produced is, in fact, water vapor, or tiny droplets of water condensed into a vapor and exhaled through the mouth. There is nothing to light or burn, so your hair, breath, and clothing will not smell unpleasant in any way.

Moreover, vaping is allowed anywhere smoking is permitted. Another plus for vaping, especially when you’re on break at work, is that no ashtray is needed because there is no “butt” to dispose of.

Want more tips, trick and help with vaping? Click here to read all our Guides to Vaping.

What Vaping is Not: Not For Children and Not Teens

Vaping and vapor products are intended for adults over the age of 18 years old. They are not intended for teenagers who smoke and nor should they used as a way to get them to quit.

Anecdotally, there are some well-meaning parents who have purchased them in the past (having no knowledge of how they work or the safety regulations for Ohm’s law) for a son or daughter to get them to quite cigarettes. But again, they should only be used by adults who have invested the time to educate themselves on Ohm’s law, understand how vapor devices work, battery safety, and safe handling of nicotine products.

E-cigs are perfectly safe to use in the right hands (i.e. adults), but they are nothing to play around with if you don’t know what you’re doing.

Flavors in E-liquids and Vaping

Many anti-smoking advocates want to ban sweet flavors in e-liquid production because they say these flavors appeal to children, this is true. But the flavors of fruit, candy, and other sweets also appeal to adults as well. And marketing efforts are targeted for adults, not someone under the age of 18.

Consumers and in this case vapers, like flavors because it offers variety in vape juice just like anything else. What if there was only one flavor of coffee, juice, or other foods? Research has found that vapors like the flavors of e-liquid to be similar to the flavors found in desserts, bakery items, and coffee beverages.

And why do are flavors in e-liquid truly important?

Variety means not getting bored. Which in turn could be the difference between quitting or not quitting cigarettes.

Vaping as a Lifestyle

If you have chosen to become a vaper or if you are considering becoming a vaper, you should know that vaping is not just a replacement for smoking tobacco cigarettes.

Yes, it starts out that way in the beginning, but eventually it becomes a lifestyle. You’re making the decision to eliminate harmful toxins from your life and you’re not alone. The byproduct of this is that there is an entire vaping community to answer questions and give advice when it comes to choosing vape gear or buying e-liquids.

Many of these contributing community vapors are former smokers who made the same choice to get off cigarettes and are happier and healthier for it.

Moreover, there is so much freedom in being able to customize your vaping experience. You’re not stuck with just tobacco or menthol flavors; there is a whole world of flavors to choose from. You don’t have to vape the same juice all day unless you want to.

How Does Vaping Compare to Using Tobacco?

We all know how bad smoking is for the human body, but for those that are addicted to it, it’s one of the hardest habits to break. Many people who have quit say they tried for years unsuccessfully with the nicotine patch, the gum and even the pills. But the only thing that really made a difference was when they discovered vaping.

This is not meant to sound like an advertisement for vaping. In fact, it’s my own personal journey. I went from being a former smoker with a 2 pack a day habit, to quiting cigarettes, thanks to vaping. And while I tried all the other remedies (the patch, gum, etc) it’s my belief that the reason vaping worked is because it fulfills the same hand-to-mouth habit of puffing on a cigarette.

Let’s compare the two together to see the similarities and the differences.

What is in a tobacco cigarette?

Tobacco cigarettes are made from tobacco leaves and are processed using certain chemicals like ammonia. When you light one, those chemicals, plus the chemicals from the paper they are made with, are released into your lungs and the air surrounding you.

Cigarettes contain tar which sticks to your lungs and gets all over your fingers making them look yellowed. Years of smoking can affect your lungs and heart putting you at risk for cancer and heart disease. According to the American Cancer Society, lead, arsenic, and cyanide are a few of the known chemicals found in tobacco smoke.

What Chemicals are Involved in Vaping?

The only chemicals used in vaping (and the ones we recommend) are in the e-liquid used in the tanks. E-liquid has 4 main ingredients: vegetable glycerin (food-grade), propylene glycol (food-grade), and concentrated flavoring (also food-grade) and nicotine. Despite what has been said in the media, formaldehyde is not used in e-liquid and vaping will not give you “popcorn lung”.

Diacetyl, an ingredient used to simulate a butter flavor, was used in a popcorn factory and some of the workers who were exposed to it for long periods of time came down with the illness.

However, it’s worth noting that Diacetyl has been used previously in some e-liquid flavors, but has since been discontinued and banned. And unlike, cigarettes, there are no by-products of vaping like tar or ash. Nothing to stain your hands or clothing and there is no combustion, so there is no need for lighters (a good one if you have small kids).

Although it is a generally accepted idea that vaping is less harmful than smoking due to several reports that have been published in the medical journals, no one can say for sure how years of vaping may affect the body. But we do know for sure what years of smoking does and vaping is all about harm reduction.

Why People Decide to Try Vaping

One reason that vaping is so popular: quitting tobacco. Why? Because the nicotine delivery system (vape pens) and vapor are similar in form and function to that of cigarettes.

There are also those who are looking for an alternative to smoking or aren’t necessarily ready to quit.

There is also a third group of vapor: those that decide that vaping is a good way to cut-down on their tobacco cigarette consumption. One particularly popular method is vaping while at work or on the job. And thus leaving their cigarettes at home. I’ve found, that they continue to smoke off and on, but soon discover that they are vaping more often than they are smoking. And oftentimes they will say they didn’t even miss cigarettes.

Because of the similarities (small, pen-like batteries – a draw similar to the way you would draw on a cigarette, and exhaling a good amount of vapor), it is very easy to transition to vaping without nicotine withdrawals and anxiety attacks.

In many cases, the people who quit cigarettes are the ones who start out slowly vaping and stick to the similarities in the beginning until they feel ready to take the next step up to higher-powered devices and lower nicotine levels. The hardest part of quitting cigarettes is nicotine withdrawals, but with vaping, there is none because you still get the same amount of nicotine you are used to until you decide to go lower. Lastly, it’s easier to gradually reduce your nicotine consumption with vaping than it is with cigarettes.

Vaping and the Media

Over the years, since vaping emerged, there has been some bad press and harmful news reports of vaping hazards and exploding batteries. What you need to know is that the incidents in those reports were completely preventable and caused by user error. As with any type of equipment you buy (aka Samsung phones), it is always recommended that you do your research and learn everything you can about it before diving in and giving it a try.

The same is true with vaping. You should know what vaping is, why do it, how a vape pen works and how to properly charge your batteries before you ever start. The problem with these news reports is that they capitalize on the fact that the incident happened but not necessarily what caused it.

Anyone over the age of 18 in most states can walk into a vape shop and walk out with a high-powered mod capable of hitting 150 – 200W of power and have absolutely no idea how to use it or what to do with the batteries.

For example, batteries put in backward, batteries with torn covers, or batteries carried loosely in a pocket where they come in contact with metal objects such as change or car keys can cause a fire or explode. This is why anyone interested in vaping should learn as much as they possibly can about it before purchasing any type of vape gear.

So keep reading our handy beginner guide to learn more.