How Safe and Effective Are Electronic Cigarettes in 2022? 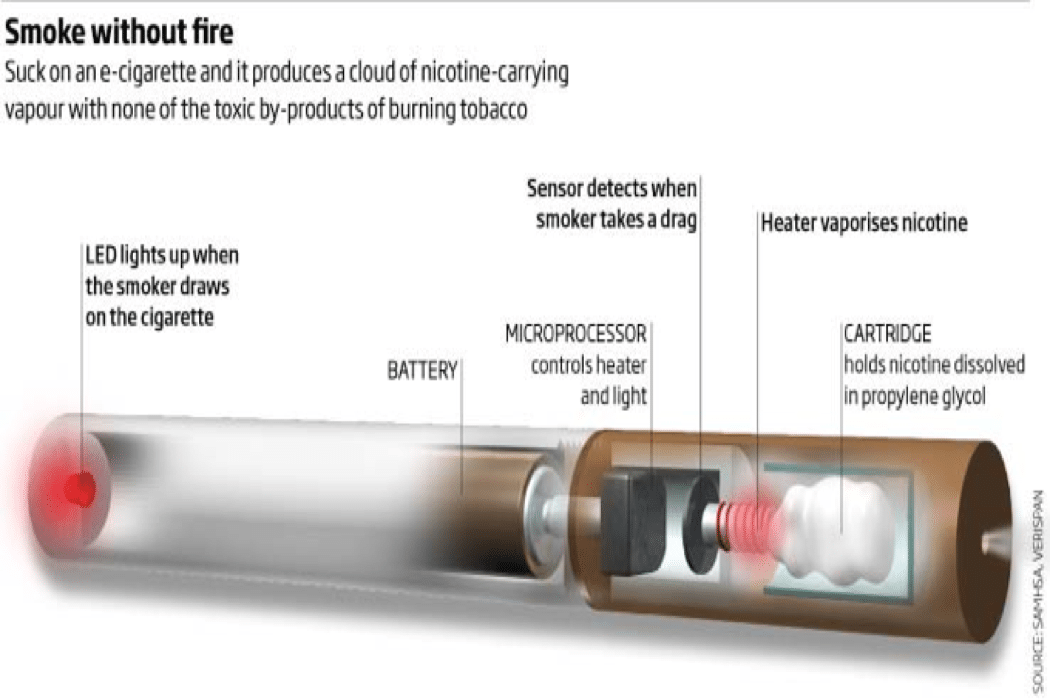 We’ll give you straight answers you’ve been looking for to the question of just how safe are electronic cigarettes?

Are electronic cigarettes harmful? I had a lot of questions when I first decided to try e-cigs in order to quit smoking real cigarettes. There is a lot of contradictory information out there about e-cig safety and health; and whether or not they are harmful or healthier than analog cigarettes.

The good news is, the vast majority of new studies show that e cigs ARE a healthier alternative to those regular cigarettes you and I used to smoke.

Electronic cigarettes are the controversial new item on the market, and whether it’s Twitter, Facebook, or hey…even Friendster, it’s fun to get in on the ground floor of new inventions before they completely explode.

And there’s good reason Forbes magazine describes E-cigs as on the verge of explosion.

But don’t just take Forbes word for it. E-cigs are the next big thing because, not only are they satisfying and offer the same buzz as a real cigarette, they offer a safer alternative to smoking.

In fact, lots of tobacco researchers are working tirelessly to prove that vaping is much safer than cigarettes and super helpful in quitting tobacco use.

What’s more, a a 2011 study in the American Journal of Preventive Medicine shows 31 percent of electronic cigarette users quit smoking within six months of switching over.

In plain language, that means that e-cigs are an effective way to quit smoking about 1/3 of the time. That’s a huge percentage.\

How Safe Are Electronic Cigarettes?

Dr. Michael Siegel, a researcher at the Boston University School of Public Health, stated that, “The FDA’s laboratory findings actually indicate that electronic cigarettes are much, much safer than conventional cigarettes.”

But why are electronic cigarettes safer?

For one, Dr. Siegel points out that while “tobacco contains about 5,000 known chemicals, with as many as 100,000 more that haven’t yet been identified, E-cigarettes eliminate many of those ingredients.”

So you’ve eliminated tobacco, which has been proven to be harmful to your heart and lungs.

But what about the nicotine? E-cigs (like the Krave electronic cigarette) allow you to taper the nicotine all the way down to zero! So at zero – -or super low levels of – -nicotine and no tobacco, you’re on your way to a healthier you.\

There are a ton of other cigarette quitting tools on the market. And with everything from Nicorette gum to the Nicoderm patch, how do you know which is the best method to really quit smoking?

The good news for smokers, is that the better, scientifically proven way to quit smoking is to switch to electronic cigarettes.

Let me repeat that again in basic terms. E-cigs are twice as likely to help you quit smoking than any other method.

The Center for Disease Control (CDC) acknowledged that e-cigarettes “appear to have far fewer of the toxins found in smoke compared to traditional cigarettes.”

According to the CDC, Tobacco use is the single most preventable cause of disease, disability, and death in the United States.

The good news is that electronic cigarettes are completely tobacco free.

A carcinogen is an agent that is directly involved in causing cancer. Carcinogens are really, really bad for you. That’s why we’re excited to learn that research published in the Journal of Public Health Policy found that carcinogen levels in electronic cigarettes are up to 1,000 times lower than in tobacco cigarettes.

Tar in cigarette smoke paralyzes the cilia in the lungs and contributes to lung diseases such as emphysema, lung cancer and bronchitis. Electronic cigarettes have zero tar!

5. E-cigs can help you quit smoking once and for all

As we talked about above, studies show that electronic cigarettes are effective in quitting smoking about 1/3 of the time.

And get this, one Italian study showed that of the group that tried electronic cigarettes, 22 of 40 hard-core smokers had after six months either quit or cut cigarette consumption by more than half. Check out our other guides that can help you make the switch from smoking to vaping.