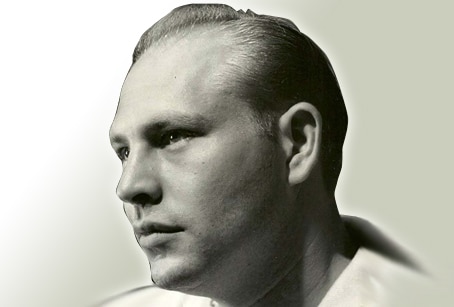 Vaping, or the act of inhaling vapor from an electronic cigarette, has become a popular alternative to smoking tobacco cigarettes. Vaping advocates say that while vaping hasn’t been proven to be 100% safe, it is less harmful than cigarettes and other tobacco products. Countries like Canada, New Zealand, and Scotland have adopted vaping policies and encourage the use of electronic cigarettes and vaping over smoking.

Where Did Vaping History Begin?

When did this all start? Well, the first electronic cigarette was actually thought of in 1963 by a man named Herbert A. Gilbert, a factory worker in Beaver Falls, Pennsylvania. He came up with the idea as a way to kick his 2-pack a day habit.  The idea was spot on but at that time he couldn’t get any manufacturing companies interested in the idea. He filed a patent and created his own prototype, but in the 60s it was hard to get anyone to back him. No one was interested in competing with big tobacco back then.

Then in 2000, a pharmacist from China named Hon Lik had a dream that he was drowning in the sea and then it suddenly turned into vapor. He had been searching for a way to end his own smoking habit after watching his father die from cancer. He took this dream to be the answer to what he was searching for: a nicotine delivery system that used vapor rather than smoke. He founded Golden Dragon Holdings in 2004 and began production on the first electronic cigarette.

Many people may not be aware that electronic cigarettes are actually a product of China. During the 80s and 90s, a few others came up with similar ideas including a few tobacco producers but they never went to market with them. The product invented by Hon Lik was not exactly like the design for the electronic cigarettes being made today as his model used an ultrasonic heat source.

Vaping was introduced in Europe in April of 2006, and in the US in late 2006 – 2007. The earliest model was what we refer to as the cig-a-like. The devices closely resemble a tobacco cigarette but are electronic devices that heat e-liquid and create vapor. You can read the entire timeline of the electronic cigarette on CASAA’s website.

How Vaping Has Evolved Over the Years

The first electronic cigarettes that most people will remember was the Green Smoke device. It looked just like a regular cigarette and so people thought that would make it all that much easier to substitute. Other devices like the Blu, Njoy, Volt, and V2 were all similar in design and function but the small batteries made it hard to create substantial vapor.

About the time that the Green Smoke brand was popular a similar product was being sold through mail order that promised users a free product to try for the price of postage and handling. Turns out that after receiving the product the consumer was billed $39.95 as part of their subscription service. This caused a big uproar but it was soon forgotten as more and more products began to emerge.

An Improvement on Design and Function – The Vape Pen

The first electronic cigarettes were not able to operate for long without needing to be charged due to the small batteries in them. Most contained an internal 300mah battery that would last a couple of hours of steady vaping before they needed to be charged again. Fine for at home, but very frustrating if you’re at work, as the only choice was to bring a charger or not be able to vape until you got home. Thus, the vape pen was born.

The vape pen was an improvement due to the larger size battery, which meant longer times between charging and better vapor production. The average vape pen battery came in 3 sizes: 600mah, 900mah, and 1200mah. The 1200mah vape pen is somewhat awkward due to the longer battery (the more mah, the longer the battery).

The Mods – or Modding

The vape pens were hugely popular but as time went on, people wanted a little more power and a little longer battery life. The clouds produced by the vape pens were good but not great. Some were better than others but they were still lacking a bit in the cloud department.

The first vape mod was created using the design of a flashlight. This was the start to modding – or modifying as it was called. The tube mod was born. The design was the same, a long tube with a spring at the bottom that held a battery. Tube mods were mechanical but later progressed with some becoming regulated with circuit boards and chipsets.  These mods were designed and created by some talented vapers with knowledge of electricity and a desire for bigger and better vapor devices.

The Vaping Culture and Community

As vaping became more popular, the vaping community as such was just a forum or two dedicated to talking about vaping and sharing advice for new vapers on what type of vape pen to buy and what flavors of e-liquid were their favorites. As more people got into vaping, the community began to grow.

There were more forums popping up such as E-cigarette forum or ECF as it is more appropriately known as well as Vaping Underground  and Reddit added a few sub-reddits for vaping like Vaping 101.

The Consumer Advocates for Smoke-free Alternatives Association, (CASAA), was founded in 2009 as a news and advocacy group dedicated to helping consumers fight for their right to less harmful alternatives to smoking.

From there, the vaping community continued to grow and branch out to include meetups, where vapers got together from different parts of the country to discuss vaping, talk about devices, e-liquids, accessories, new products and news events. These little meetups turned out to be a hit and from there have become a convention, where vendors can showcase their latest products. The name VapeCon was eventually adopted and they are now held all over the world.

There are vape conventions currently held in the US, UK, Canada, Scotland, Ireland and Scandinavia. Funny to think of what we now call the vape community started out as just a handful of people sitting around in someone’s backyard talking about vaping.