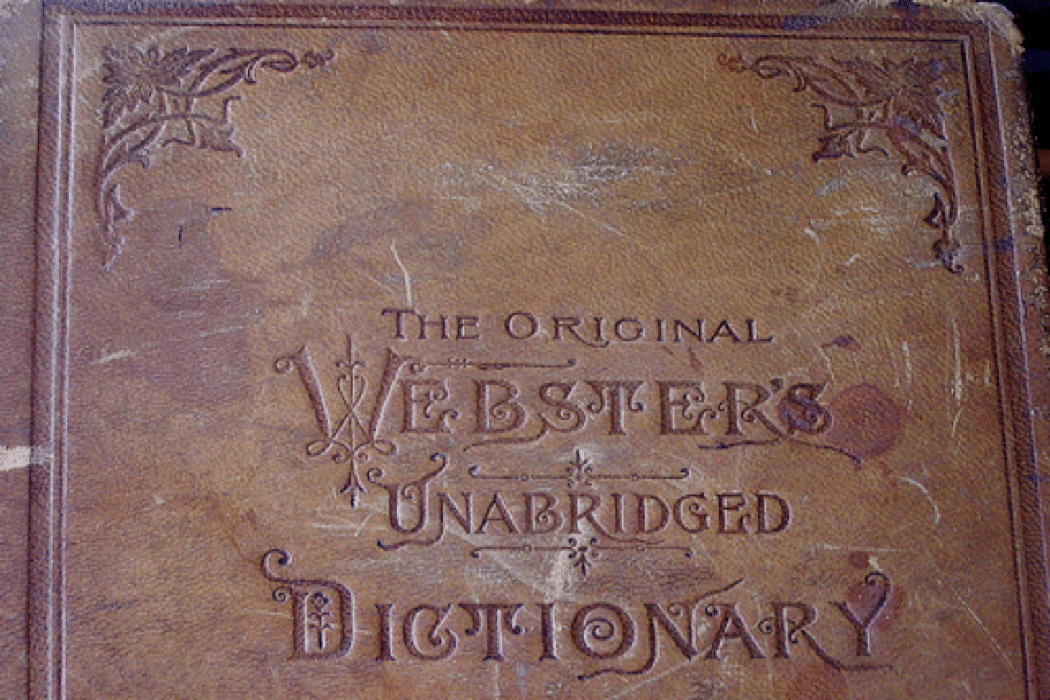 We want you to be the most informed person in the vaping community. Whether you’re new to vaping or a seasoned pro, we hope you’ll find this glossary of terms helpful in answering any questions you might have.

This glossary will be constantly updated, so if you have anything to add or want to notify us about a mistake, leave a comment and we’ll add/delete/edit the list.

306 – One of many styles of electronic cigarettes atomizers available. Many users of the 510 e-cigs are using the 306 atomizers on their batteries, as they feel it gives a better experience.

401, 402, and 403 – Also referred to as m401, m402, and m403. One of many styles of electronic cigarettes available. These are all essentially the same unit (same threading on batteries and atomizers) but with different length batteries. The 401 model is the longest in physical length and battery life of the three while the 403 is the shortest in length and battery life.

510 – Is the style of atomizer for mini e-cigarettes or cig-a-likes made by Joyetch.  It also refers to the threading on the connector and is one of the most popular and well-known style.

901 – One of many styles of electronic cigarettes available. Refers to the threading on the connector, also limited to the same on atomizers. This style was a limited edition, not quite as popular as the 808.

Analog or Analogue – Slang term for a traditional cigarette.

Atomizer (Abbreviated as Atty) – The part of an e-cigarette that actually heats the juice to the point of vaporization.

Automatic – A style of electronic cigarette battery that does not have a button to activate the heating element. Rather, when the user draws on the device a switch is activated and the atomizer is activated. This style of e-cig is most like smoking a traditional cigarette.

Bridge – A small U-shaped covering inside of the atomizer. This is used to absorb liquid and help wick it towards the heating element.

Cartridge (Abbreviated as Cart) – A plastic tube-like piece that is usually stuffed with some sort of absorbent filler material that holds the juice.

Cartomizer (Abbreviated as Carto) – A cartridge and atomizer in a single unit. These generally are disposable, inexpensive and hold more juice than a regular cartridge/atomizer combination.

Charger – A battery charger. This is used to recharge your e-cig battery once it has been depleted.

Drip Tip – An accessory that can be used in conjunction with an atomizer or cartomizer. These have a larger opening than the original equipment and allows a user to drip Juice directly onto the atomizer. Some people use a drip tip on their Cartomizers simply for looks and/or comfort.

Dripping – A method of adding juice to the atomizer. A user will drip a few drop directly onto the bridge before vaping. Many users feel this method produces the best vapor production and taste, since there is no filler material involved with the process.

E-Juice – Also referred to as E-Liquid, Juice, or Smoke Juice. This is the liquid that is vaporized when using an electronic cigarette.

E-Liquid – Also referred to as E-Juice, Juice, or Smoke Juice. This is the liquid that is vaporized when using an electronic cigarette.

eGo – A style of electronic cigarette that utilizes the 510 threads and allows one to use 510 components but with a much larger battery. Many people feel this is one of the superior models of e-cigs that are available.

Electronic Cigarette (Abbreviated as E-Cig) – A device that heats up a liquid solution consisting of nicotine, propylene glycol and/or vegetable glycol, and flavorings to a point where it actually turns into a vapor which can be inhaled.

FDA – Abbreviation for the (United States) Food and Drug Administration.

Filler Material (Abbreviated as Filler) – Material placed inside of a Cartridge that is absorbent. It is used to help keep the juice inside of the cartridge and deliver it to the atomizer at an optimal pace (so as to not flood the device). Most cartridges come with PolyFill being used as the Filler Material, but there are many modifications available that may help enhance your e-cig experience.

Flooding – Something that can occur when too much Juice is applied to the atomizer. Since atomizers require some air to properly vaporize Liquid, adding too much Juice to an atomizer will cause a decrease in Vapor Production and flavor.

Food and Drug Administration (Abbreviated as FDA) – An administrative branch of the United States government that oversees rules and regulations pertaining to the safety of food and drug products sold in the USA. There is currently a very controversial lawsuit involving the FDA and the importation and distribution of electronic cigarettes.

Glassomizer: A clearomizer made from glass rather than plastic. The Kanger Protank is one example.

Gurgling: The term used for too much e-liquid flooding the atomizer.

Hot Cigarette – A slang term for a traditional cigarette.

Inhale-The act of breathing the vapor into your lungs.

Joules – A unit of power used in temperature control mods.

Juice – The liquid in tanks and clearomizers that is vaporized. Also called e-liquid, e-juice, or smoke juice.

Kanthal Wire – Kanthal is a type of resistance wire used in building coils for electronic cigarettes and rebuildables such as RDAs and RTAs.

Leaking – This can happen when too much Juice is added to an atomizer or cartomizer. Juice can leak out of the bottom of the heating element and onto the battery, which in some cases can cause damage to the device (as is the case with Automatic Batteries).

Light Emitting Diode (Abbreviated as LED) – A diode that converts applied voltage to light. These are commonly used in electronic cigarette devices to indicate that the device is actively being used.

Liquid – Also referred to as E-Liquid, E-Juice, Smoke Juice, or Juice. This is the liquid that is vaporized when using an electronic cigarette.

m401, m402, and m403 – Also referred to as 401, 402, and 403. One of many styles of electronic cigarettes available. These are all essentially the same unit (same threading on batteries and atomizers) but with different length batteries. The m401 model is the longest in physical length and battery life of the three while the m403 is the shortest in length and battery life.

mAh-Abbreviation for Milliampere-hour, which describes the energy charge that a battery will hold before needing to be recharged.

Manual – A style of electronic cigarette battery that has a button (usually on the top or side of the battery) that activates the heating element. When the user wishes to use the device, the button must first be depressed in order to produce vapor from the atomizer. This style of e-cig is less like a traditional cigarette than the automatic but is preferred by many due to the fact that it is sealed and cannot be adversely affected by leaking.

Milligrams (Abbreviated as mg) – The amount of nicotine found in a Juice. Typical levels include 0mg, 6mg, 8mg, 12mg, 16mg, 18mg, 24mg, 30mg, 36mg and 48mg. Generally speaking, a medium level of nicotine is around 18mg. Those who use Juice with a higher nicotine content than that are generally people who were heavy smokers or have been vaping for quite some time.

Milliliters (Abbreviated as mL) – The amount of Juice in a given container.

Mini – One of many styles of electronic cigarettes available. These generally are about the same size as a traditional cigarette and have the shortest battery life of any style.

Mod – Dual usage – Can be used to describe modifications to a device or accessory (such as getting more vapor production out of your cartridges) or a design variation of a commonly manufactured electronic cigarette. In the latter context, mods typically use larger rechargeable Lithium Ion batteries and allow the user longer battery life and increased vapor production but at the cost of the device looking like a traditional cigarette. Many mods will also allow the user to increase or decrease the voltage of their device to achieve optimal performance.

Ni200/Nickel Wire – A low resistance wire made from Nickel and used with temperature controlled mods.

Nicotine Level– The amount of nicotine in e-liquid measured in mg/ml.

Newbie– A new vaper, the name given to someone who has never vaped before.

Organic cotton – cotton pad or balls that have not been treated with chemicals or bleached. Japanese cotton is a good source for organic cotton products.

Passthrough – A device that plugs directly into the USB port of a computer or charger and allows the user to vape without having to worry about battery life. Some users report better vapor production and/or flavor while using a Passthrough compared to their regular batteries.

Pen Style – One of many styles of electronic cigarettes available. Slightly resembles a ballpoint pen in appearance.

Personal Charging Case – A portable charger that can be taken with a user on the go to charge electronic cigarette batteries when away from a power outlet. Particularly useful when using an e-cig that has less than a 2-hour battery life per charge.

Personal Vaporizer (Abbreviated as PV) – Another name for an Electronic Cigarette. Usually used in reference to the more untraditional style e-cigs (also known as Mods).

Propylene Glycol (Abbreviated as PG) – An ingredient found in many brands of E-Juice. Some users have reported an allergic reaction to it and must, therefore, use 100% VG Juice instead. This is one of the ingredients used that when heated will produce a vapor that can be inhaled. Typically, PG produces less vapor than it’s VG counterpart but provides more flavor and Throat Hit. This substance has been used as a primary ingredient in medical inhalers for years.

Resistance– A measurement to calculate the voltage or wattage a device will use with certain coils. There are two options; low and standard. Low resistance is 1.8 Ohm and lower, while standard  resistance is 2.0 and higher.

Smoke Juice – Also referred to as E-Liquid, Liquid, Juice, or E-Juice. This is the liquid that is vaporized when using an electronic cigarette.

Smokeless Cigarette – A term used to refer to an electronic cigarette. This term is used commonly due to the fact that no actual smoke is inhaled or exhaled while using an e-cig.

Starter Kit – A kit that includes basic e-cigarette equipment. Typically includes everything needed to begin vaping. Most starter kits come with 1 or more atomizers, 1 or more batteries, a charger and 5 cartridges pre-filled with Juice.

USB Charger– A micro-USB cable that charges by using the USB port on your computer.

USB passthrough-The ability to connect the USB cable and vape while charging.

Vape – The action of “smoking” an electronic cigarette. Since e-cigs actually produce vapor (rather than smoke) people refer to this as “Vaping”.

Vapor Cigarette – A term used to refer to an electronic cigarette. This term is used commonly due to the water vapor that is exhaled when using an e-cig.

Vapor Production – Typically associated with Juices. Indicates how much vapor is produced using an average inhale of an e-cigarette.

Vegetable Glycerol or Vegetable Glycerin (Abbreviated as VG) – An ingredient found in many brands of E-Juice. This is one of the ingredients used that when heated will produce vapor that can be inhaled. Typically, VG produces more vapor than it’s PG counterpart but provides less flavor and Throat Hit. Some users who are allergic to Propylene Glycol must use 100% VG Juices.

Wattage– A measurement of heat the atomizer coil uses to vaporize e-liquid.

Wick – A narrow piece of poly string that is inside of many styles of atomizers that allows easier delivery of Juice to the heating element.

Wire– The resistance wire used in building coils for atomizers.

Wrap – Wrap refers to “wrapping” a wire around a drill bit or screwdriver. May refer to a number of “wraps”, or the direction.