What It Costs To Vape E-Liquid In Australia 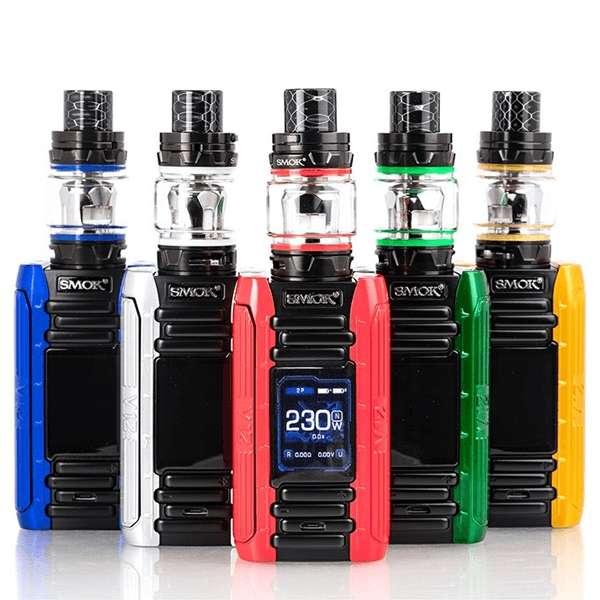 Like many things in Australia, the cost of vaping in Australia can be higher than it is in other areas due to the added costs associated with importing products into the country. But how much does it cost? And is it still cheaper for smokers to switch to the vape? These are the questions that you’ll find answers to in this guide to vaping costs in Australia.

The Cost To Vape In Australia

The actual cost of vaping in Aus can differ greatly depending on which vape and which e-juice you use. For many vapers, the kit is the big initial investment into vaping, which can run from tens of dollars to hundreds of dollars — it all depends on which kit a vaper chooses and where it’s purchased from. Then there are replacement parts. With coils, wicks, and batteries, there are times when replacements are needed. These replacement parts can and will increase the cost at some point in time. How often they’re replaced depends on variables such as how the vape is used, how often it’s used, and what quality the parts are. The cost in this regard is often fairly low, in the tens of dollars on a monthly basis, if that.

Then there’s the cost of e-liquid. That’s what vapers often times find themselves buying a lot of. It runs out. Simple as that.

The cost of e-liquid varies greatly. Like vape kits, there are different manufacturers to choose from and there are different vape shops to buy them from. What one shop charges for a particular vape juice may very well differ from what another shop charges. But here’s the good part: vape juice is generally inexpensive, especially when compared to the cost of cigarettes.

When you take into account the cost of maintenance with replacement parts, the cost of a vape kit, and the cost of e-liquid, many vapers spend no more than hundreds of dollars a year on vaping supplies. In some cases, vapers spend even less. Of course, there’s always the chance that you prefer premium vaping supplies and don’t mind spending the extra money, or perhaps you’re a heavy vaper, in which case you may spend as much as thousands of dollars a year. But in what appears to be most cases, vapers typically spend less on vaping supplies than they do on cigarettes.

Given that many vapers are former cigarette smokers, there’s plenty of data to draw on in regards to the cost difference between vaping and smoking. In some cases, vapers save upwards of thousands of dollars a year. And that’s a lot of money saved to spend how you please.

Using Australian e-cigarette and vape juice company Vaper Empire as an example to illustrate the cost difference, a pack a day smoker in Australia who pays $30 for a pack of cigarettes will spend $900 a month. By switching to vaping and using Vaper Empire e-liquids, the smoker will spend only $60 a month on e-liquid, resulting in a monthly savings of $840. Over the course of a year, that’s over $10,000 saved by vaping instead of smoking.

As previously noted, the big initial investment for new vapers is the vape kit. Vapers are either choosing a disposable or reusable vape. Reusable vapes, especially those with tanks that can be refilled with any vape juice, tend to be the less expensive option over the course of time. One of the reasons for this is the fact that cheap e-liquids can be used to refill the tank.

Today, one of the more popular types of vapes that vapers are using is the vape pen. There’s also the vape mod. The pens, generally speaking, are easy to use and require a minimal understanding of how vapes are used in order to operate. Vape mods, on the other hand, are often complex and sometimes too much so for a beginner vaper to easily use.

Then there’s the cig-a-like, which is the e-cigarette type that resembles a cigarette. These are sometimes preferred by former smokers due to their similarities to cigarettes, making former smokers feel a bit more (or a lot more) comfortable with taking up vaping.

According to KnowTechie’s e-cig buying guide, other points of consideration when buying a new vape kit include safety features, accessory options, portability, and whether or not the battery can be replaced. For vapers who vape often, having a replaceable battery can be key to day-long vaping.

Once a vaper has settled in on the right vape for their needs, that cost must be taken into account as it ties into the initial investment required to start vaping. For Australians, there are vape kits available for as little as tens of dollars. But for those who want their vape kits to come with everything needed to start vaping, including e-liquid, the more expensive kits that sometimes exceed $100 may be more enticing.

Using a pod vape like the JUUL, which is incredibly popular in the United States, can increase the cost of vaping, sometimes dramatically. Buying e-juice bottles and using them to fill tanks can save a considerable sum of money in comparison, although the actual costs can vary depending on the brand of pods used and where they’re purchased. The reason for this is that many pod vape manufacturers design their e-cigarettes to work only with their own brand of pods and when a device is designed only to work with one brand of pod, the manufacturer has the opportunity to set the price. In contrast, the open e-juice market has an abundance of competition, which is advantageous to consumers as it helps drive the cost of e-juice down. This reason alone is enough for some vapers to choose refillable vapes over pod vapes.

So How Much Does It Cost To Vape In Australia?

The cost for vapers in Aus varies. That’s the reality. What exactly vaping will cost one Aussie may very well differ from what another Australian pays to vape. There are too many factors involved to provide a finite answer on the matter. But what can be said is that smokers who switch to vaping often save money by doing so.

For many vapers, it’s not a question that can be answered without first giving vaping a try. The reality is that while one can attempt to determine in advance the exact amount of e-liquid used and how often parts require replacement, it’s sometimes necessary to use the products for a period of time before the cost can be calculated.