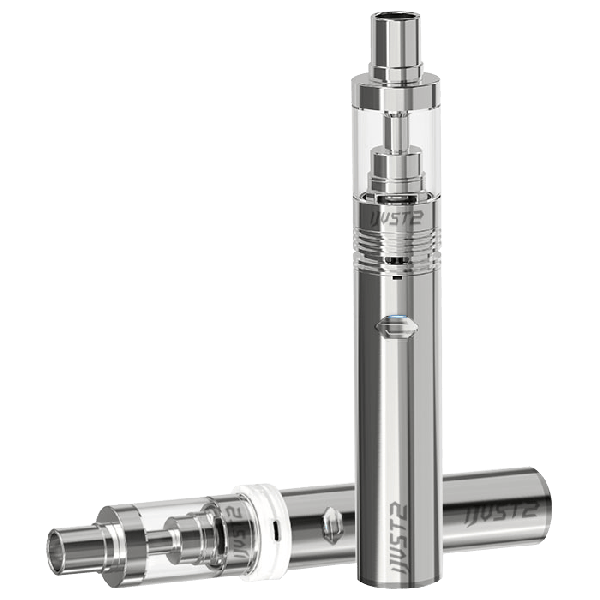 When it comes to vaping, there are two distinctly different styles of vapes that vapers have to choose from. Of course, some vapers prefer to use both, but for those who want only one, the decision can be a difficult one to make. This is why we’ve put together this guide, in which we explain not only the differences between closed system vapes and open system vapes, but also the benefits of each.

Vapes like the Vaper Empire V-Pack II and JUUL Device are closed systems, which mean that vapers do not have the opportunity to refill their cartridges with fresh e-juice and instead must replace their used cartridges with new ones.

When the cartridge, which Vaper Empire calls a cartomizer and JUUL calls a pod, is depleted of the e-juice within it, it’s time to dispose of it and replace it with a new one.

These systems can be more costly for vapers to operate, but they’re often easier to maintain. The convenience in closed systems is what draws many vapers to them, even though they at times cost more to use.

With a closed vape, there’s no need for tinkering with coils or replacing cotton. Users simply toss their cartridge when they’re done with it and pop in a new one.

One clear limitation with these types of devices is e-liquid options. With a closed system, vapers are limited to the e-liquids that the manufacturer of their device sells. While devices like the V-Pack II e-cigarette have numerous flavor options for vapers to choose from, the options are a mere fraction of what’s available on the market today.

The benefits here are ease of use and low maintenance. Often times, closed systems are also more compact and thus more portable.

Vapes like the Vaper Empire Vibe Series are open system vapes, which means that vapers can refill the e-liquid contained within them once that liquid is depleted. For vapers that love having options when it comes to the e-liquid that they use, these open vape systems provide just that, leaving vapers with a world of options to choose from as far as their e-liquid flavors and strengths are concerned.

While having a vast amount of options for e-liquids is undoubtedly a worthwhile benefit to using an open system, these types of vapes often require more maintenance than their closed system rivals. With open systems, there is often the need to replace coils, cotton, and so on. In some cases, the maintenance can prove to be minimal, but often times it requires a bit of effort – certainly more so than closed systems where vapers simply toss their old pods and replace them with new ones.

The main benefits with open systems are lower costs for refilling e-liquid and an endless array of e-liquid flavor options to choose from.

Now that you have a good understanding of the main differences between these two types of vaporizers, there’s still the question of which one is right for you. If you’re looking for a portable vape that fits easily into your pocket and that you don’t have to tinker with, the closed systems are right up your alley. However, this is only true if you don’t mind the potentially higher cost of operating and the limitations on e-liquids.

If you’re looking for a more robust vape with which you can vaporize any e-juice you want, an open system vape, such as a vape mod, is likely what you’re looking for. Of course, in this case you will want to have at least a basic understanding of coil replacement and so on in order to be able to properly maintain your vape.

To help you better understand this guide, we’ve included this section here on vaping lingo. One of the first words that you may not understand is the word vape, which is short for vaporizer. A vape is an electronic device that some refer to as hardware. In some cases, it’s used as a reference to electronic cigarettes, which are also referred to as e-cigarettes and e-cigs.

Vaping is the act of using a vaporizer. When someone inhales the vapor produced by a vaporizer and exhales it, that is vaping.

The cotton used by some vape systems soaks up e-liquid and the coil or coils then heat up that e-liquid, producing an aerosol that is most commonly referred to as vapor.

E-liquid, which also goes by e-juice and vape juice, is the liquid used in e-cigarette devices. This is what e-cigarettes heat to produce vapor. It can or cannot contain nicotine and often contains a combination of VG, PG, and flavoring.

A vaper is someone who uses a vape.

Cartridges, which are also known as pods, cartomizers, and carts, contain e-liquid and are attached to vape batteries that provide the power to heat the e-liquid that they contain within them. There are refillable types and there are non-refillable types.

Tanks are refillable cartridges that often hold higher volumes of e-liquid than their cartridge counterparts.

This wraps up our vape lingo section. At this point, you should now have a solid understanding of the basics of vaping and be well on your way to selecting the right vaping device for your needs.