The App For The Quitting Smoker in 2023 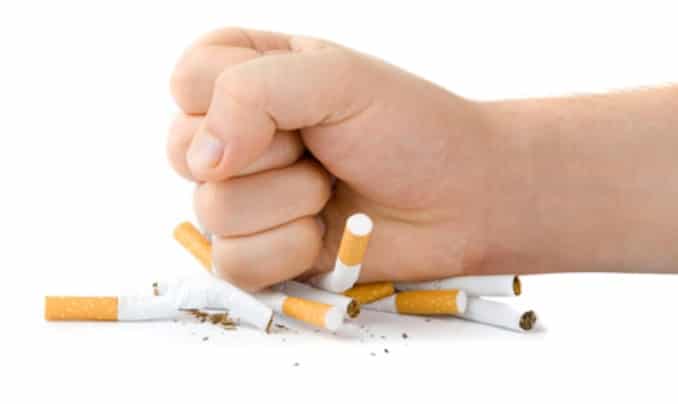 There are a lot of apps out there today and there are constantly more being added to the market so it shouldn’t be too surprising to find that there are even apps designed with quitting smoking in mind.

Some apps offer words of encouragement, others track how much progress has been made, and some offer little reminders while others say nothing at all. While there are relatively comprehensive apps like the CDC’s quitSTART app, one of the simplest of all these apps is the Quit Smoking Progress Tracker that does little else but keep track of the amount of time that has passed since the user quit smoking. Of course, in order to use this app, there is some user input required.

To get started with the Quit Smoking Progress Tracker app, the user installs it on an Android device by downloading it from the Google Play Store and then opens it up, presses the “Start Tracking” button, and that’s it. The app’s developer, vape company Vaper Empire, has taken into account the possibility that a smoker might relapse and included a reset button that resets the tracker when pressed. To avoid making it too easy to accidentally reset the progress of the tracker, there’s a confirmation process that confirms the user’s intent to reset the tracker.

Once the tracking is started, users of this app can literally see the seconds being counted. The app also shows the hours, days, weeks, months, and years that have gone by since the tracking started, which makes it easy to quickly see how well the whole quit attempt is going. Not the most sophisticated app, but possibly handy and perhaps even beneficial to those who are attempting to quit smoking.

How This Can Help Smokers Quit

Just knowing that progress has been made may be helpful to some smokers who are trying to bring their bad habit to an end and keep from starting up again. Knowing how long it has been since that last smoke might be enough for some quitters to keep with it, and this app makes that possible.

What Vaping Has To Do With It

Why a vaping company that makes vaping products like e-cigs and e-liquids would make an app like this might be a mystery to some, but for those who are aware of what the latest vape research has to say it might not be at all surprising. Looking at the e-cigarette evidence reviews conducted by Public Health England under a mandate from the UK government, it’s apparent that there is at least some evidence to support the theory that vaping can help smokers quit. For a number of e-cig companies, at least part of the goal is to get smokers to switch to vaping, which PHE’s findings have shown to likely be less harmful than smoking.

So while it might come as a surprise, some companies that manufacture and sell vape products actually want smokers to quit what they’re doing, if for no other reason than to start vaping instead. Many of these companies offer their products in different nicotine strengths, which actually provide smokers who switch to vaping a means by which to slowly downgrade their nicotine consumption by lowering the nicotine concentration of the e-liquids that they’re using. In the end, this provides those who switch to vaping with a path to quitting nicotine entirely, as many e-liquids are available in nicotine-free concentrations.

Making the switch from smoker to vaper isn’t the easiest thing that anyone has ever done. For many, the transition is actually a difficult one, but for those who do switch, there are a number of benefits waiting for them at the end of the road. Beyond the possible health benefits, there’s also the possibility of money saved each month, clothes and fabrics left unsaturated by smoke and the possibility of reduced social stigma.

In order to switch to vaping, smokers who are making the transition need to first acquire the tools of the trade. This includes a vaping device and e-liquid. Vaping devices come in a lot of different styles and e-liquids come in countless different flavors and many different nicotine strengths. Choosing the right combination of e-liquid and device can make a difference, especially for new vapers who are just testing the waters or trying to get started. Not surprisingly, there seems to be no shortage of reviewers, guides, and self-proclaimed vaping experts steering vapers to products deemed worthy of use.

For many first-time vapers, a vape starter kit is what’s needed. Typically, vape starter kits come with a vaping device such as a vape pen, pod vape, or cig-a-like e-cigarette. They also come with e-liquid, either bottled or in prefilled cartridges, cartomizers, or vape pods. These kits also include a charger to keep the device battery charged, and in some cases, they also include replacement parts such as atomizers, coil stacks, and so on. Finding the right vape kit can be difficult for novice vapers, but fortunately, there is a wealth of information available for free online on websites such as this one. We recommend looking through our guides and reviews if you’re just getting started, as we believe that they will be of great assistance if you’re trying to figure out what’s what and which vaping products are right for you.